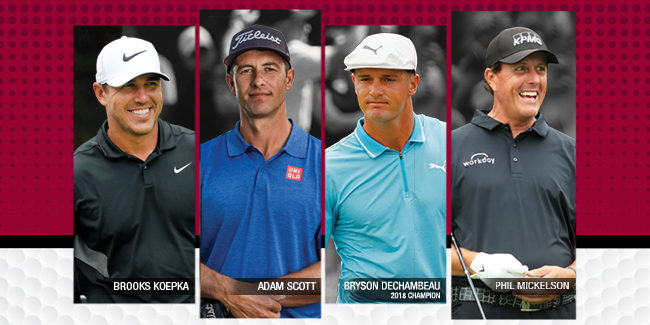 It’s not too late to make plans to attend and watch Mickelson and Koepka, along with other notable players including Adam Scott, Kevin Na, Brandt Snedeker and defending champion Bryson DeChambeau, compete for the top spot.